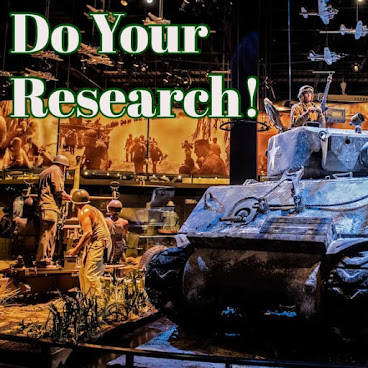 I have a love-hate relationship with the Washington Post. On the one hand, I like reading a hard copy paper, especially about new movies, books, restaurants, and interesting things to do that I might not know about living in the 'burbs. What I am hating more and more is that in the last 4 years it is impossible to read anything in the Washington Post (even a super hero movie review) without turning it into another think piece on how awful our executive branch of government it. Got it. 100% believe it's awful. Can we move on to the culture I am craving to enjoy? It just seems lazy. Everything is bad in 2020 so let's just say that over and over and over again.

On Wednesday, the National Museum of the United States Army opened. It's actually pretty close to where I live, and I have some friends that work there. I am so excited for them that after years of hard work, this jewel of history is opening. Friday, a review was on the front page of the Washington Post style section. Yay! I thought, maybe my friends will get a mention.

No joy. The "Critic's Notebook" article I thought would be about the museum, but really was a framework for the journalist's opinions. By the forth paragraph, the critic said this: "Now, as top Republicans cast doubt on the integrity of the nation's electoral system and President Trump digs in with conspiracy theories and false claims about voter fraud, the American people need to understand the Newburgh story, it's larger ramifications and how the successful suppression of the rebellion continues to influence our country's military."

What? I am a 24-year veteran of the military - never heard of Newburgh. Apparently it was a dispute by The Continental Army in 1783 over back pay and pensions.

The final paragraph says, "During this extended period of uncertainty, when reasonable people are warning of a potential coup d’etat by a defeated presidential candidate, we can't be sure what the Army will do." This is when I angrily read this aloud to my husband and stomped around the house. Who are these reasonable people? Let me see if I can boil this down to some cogent thoughts.

A: All officers take an oath of office to the Constitution, not to a leader: "I will support and defend the Constitution of the United States against all enemies, foreign and domestic; that I will bear true faith and allegiance to the same." (source)

B: There is such a thing as an unlawful order. "...the Uniform Code of Military Justice (UCMJ) Article 90 states that military personnel need to obey the lawful orders of his/her superior. The duty and obligation to obey lawful orders creates no grey area for discussion. But does the military member have a duty to DISOBEY “unlawful orders” including orders of senior officers, Secretary of Defense and even the President of the United States? The UCMJ actually protects the soldier in this situation as he/she has a moral and legal obligation to the Constitution and not to obey unlawful orders and the people who issue them." (source)

C: Clearly this journalist has not supervised a large group of airmen that you have required to show up before their shift starts to clean up around your facility. Or hasn't tried to figure out how to least upset your unit when you are changing the shift schedule, or moving in to 12-hour shift/24-hour ops for an exercise or contingency. The young airmen I worked with have opinions. And speak up. And this is a very good thing. I can't imagine a scenario where the US Military could collectively order and then expect our troops to blindly follow something as outlandish as a coup d’etat.

While the critic was at the museum, did he even talk to anyone there in uniform? LAZY.