More on Warriors in Evening Gowns 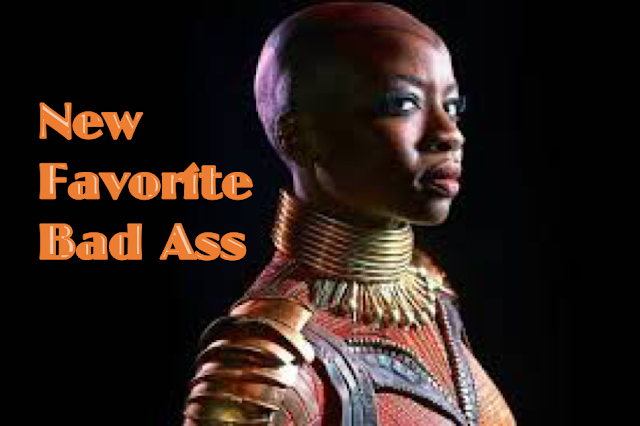 In this post, I complained about the purple evening gown worn by Admiral Amilyn Holdo in The Last Jedi. Comments were split between agreeing and those saying I shouldn't judge. I could see both sides - it should be about what you do, not what you wear.

Fast forward to today, and let me introduce you to Okoye, a general in the Dora Milaje, Wakanda's all-female team of fierce warriors (played by Danai Gurira). You will know who I am talking about as soon as you go see Black Panther. IT WAS TOTALLY AWESOME! The story, the acting, the costumes, the cool imaginary tech - everything about it was great. Okoye was one of many strong female characters in the cast.

In one scene, Okoye is "under cover" in a red evening gown. Her ability to be tough, beautiful, smart, strong - she is a total bad ass, even when not wearing her usual armor - was amazing. There was absolutely no doubt she had a plan and was going for it. This is how I want to feel whenever facing a tough problem :-) 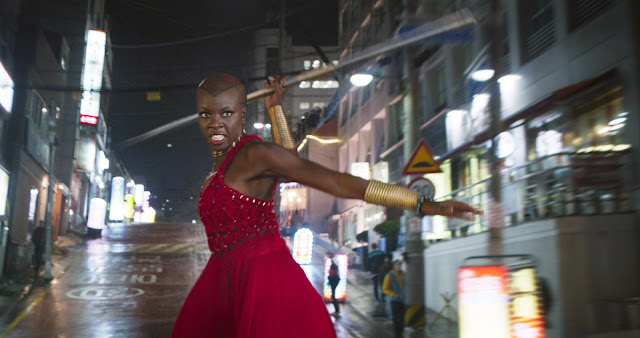 Posted by elisabeth at 8:15 PM