On Gorillas, Fixing Things, Orlando and Being the Swede 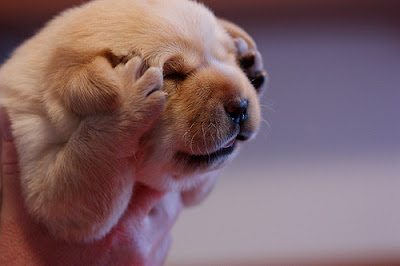 Right about when I published my last post, the interwebs were spinning out of control over Harambe, the gorilla who was killed to save a boy who had fallen into the enclosure.  Then news broke of the Stanford swimmer.  And most recently stories of the tragic shooting in Orlando are on everyone's mind, or at least mine. And everyone with a keyboard or a smartphone has an opinion and shares it. Everyone with an issue wants to shout, "See, if you just listened to me, or did what I said, this would not have happened." It's crowding my head so much that I am not entirely certain I could tell you what happened in my meeting this morning...the one I WRITE MINUTES FOR.

I have to clear the decks, mentally.

So the gorilla.  Shoot the parent, not the rare animal.  What terrible zoo keepers. What a terrible mother. Yikes. You really can't win. The article, "Hey America, do accidents happen anymore? Especially when a kid is involved?" by Kimberly Harrington is so on point:  "Because when bad things happen, someone is always, always, always to blame.  And that person is usually a mother. Everyone in this country and the Internet knows that." (that's written in sarcastic font - please read the entire article)

So the Stanford swimmer and his pathetically light sentence for sexually assaulting a woman.  This Sports Illustrated article outlines the case pretty well.  I had a great discussion with my daughter about this. I suspected that it had been a topic of discussion at school since she is a: 16 and b: all 16 year olds are attached to smart phones.  The thing that had been on my mind and I wanted to see what she thought about was his father's statement that "His life will never be the one that he dreamed about and worked so hard to achieve...That is a steep price to pay for 20 minutes of action out of his 20 plus years of life." His statement was horrible, but brings to light what happens when a parent steps over the line from supporting and mentoring their kid to removing all obstacles - to fixing things.

I'm having a hard time articulating my thoughts because our family probably looks and acts a lot like the swimmer's family - we've spent money on travel teams, private basketball coaches, voice lessons, adventurous vacations. We are all in when it comes to our kids.  While I am appalled by the lack of regret and apology by the swimmer and his parents I can understand the style of parenting and lifestyle that could lead to this.

This great piece about the swimmer's home town perfectly describes my own neighborhood in Virginia (ouch). My daughter agreed with me that this is likely not the first time that the swimmer did something that his parents fixed for him because she sees this happening among her peers.  Have I done this for my own kids? Only at the "You're retaking that test, right?" level, and I try to keep it at or below that.  So have I just become one of those "it's the parent's fault" critics? Maybe a little.

So Orlando.  The details and the numbers are horrific.  We haven't had the TV on much this weekend, but when I brought the papers in this morning the headlines caught my son's eye.  He said something along the lines of it's not fair that gays were targeted. He then explained that since he "was in theater" (he's an 8th grader :-)) he knows some gay kids and that it isn't fair sometimes how they are treated by other kids. "Us theater kids, we've decided people are who they are and we've just moved on. Because of that, it's brought out the best in all of us." I was blown away by this conversation.

So what to do?  I have no idea - no one does (despite my/their frequent typing on line :-)).  Just listen to your kids.  Mine seem to have a better sense of the world than I do.  Hug them and everyone you love, A LOT.  Hold their hands except when it's best to let them fall and learn. Connect with other parents often enough that your kids know more than just you are watching and watching out for them. Be the Swede. 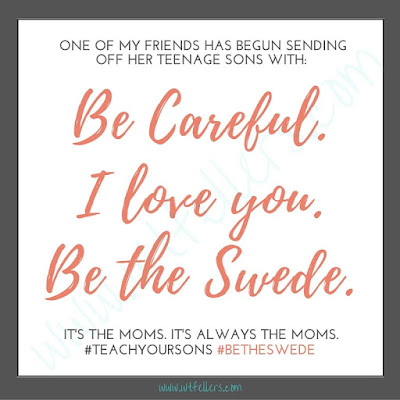 Posted by elisabeth at 1:54 PM