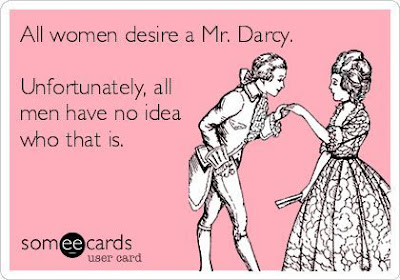 The Chief of Staff of the Air Force just released his 2016 reading list.  I 1000% applaud any efforts to inspire and educate through reading - there is so much great writing out there.  The CSAF list is filled with important, enlightening, incredible writing, but I'm not inspired to read them at all.

I try, really I do, especially when I was deployed, to read and learn about the world I live in. But at the end of the day, in those few spare moments, I want to escape, and my friend Jane Austen frequently assists.  Long ago I was on a weekend hiking trip with some buddies from Osan and one of the guys was reading Pride and Prejudice at his girlfriend's request. He handed it to me to read when he finished and I was forever hooked on all of Austen's books.  I think I watched this version of Pride and Prejudice about 1000 times the year I was deployed. This is not an exaggeration. The poor folks that lived in the other half of my pod must have cringed every time they heard the intro music.

Not only have I read the original many times, but I have also read a lot of the fanfic - like Mr Darcy Takes a Wife (a continuation of the story) and Death Comes to Pemberly (a murder mystery by PD James with all of the P&P characters) - both really great.  So I was excited to hear about the latest book from Curtis Sittenfeld, Eligible.  Even though I knew the ending, I still got wrapped up in the story.  There was just enough modern twists to keep it really interesting and just enough of the original story to make it a true retelling of the story.  Liz and Jane are working professionals in New York City, but come home when their father has a health scare.  Charles (now Chip) Bingley is a recent contestant on a Bachelor-esque show called Eligible.  Darcy is a top rated surgeon, and just as taciturn as the original.  Liz's younger sisters are just as vapid, and Lydia still runs off with someone that causes her mother distress.  It was soooooo awesome.

All great writing has something to teach you - even if it's not on the Chief's list.  Instead I think we'll make Eligible the first entry on the Gals in Blue reading list.  Here are some other recent reads and faves for the inaugural GIB Reading List... 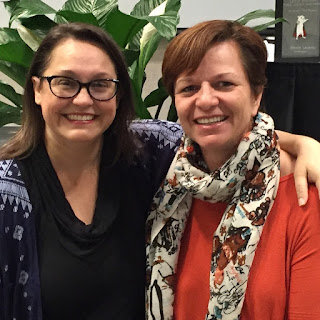 What would you add to the list?
Posted by elisabeth at 8:37 PM

Email ThisBlogThis!Share to TwitterShare to FacebookShare to Pinterest
Labels: watch/read/listen