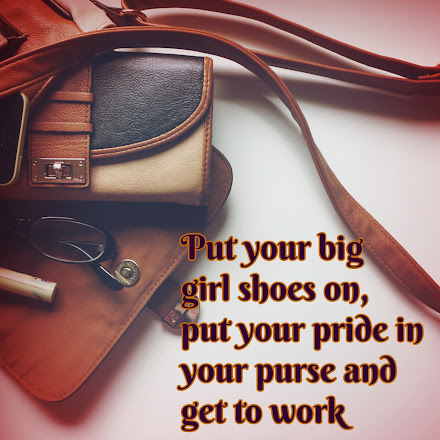 Great quote isn't it? It's from an article in the Wall Street Journal on Wendy York, a former Silicon Valley exec that is now the Dean of the Clemson Business School.
In 2008 she had been downsized and was at a career crossroads. Volunteering with her children's schools pointed her towards a move into the non-profit sector, but with school age children earning money was still essential. She took a job at Stanford in executive education at a significant pay cut. It ended up being a good move as she is now the first female Dean of the Clemson Business School.
So many times, so many, many times, especially in the Air Force, I've ended up in a job or a situation or with a task (I was an "additional duty" magnet) that was either not a good fit or decidedly un-fun. But when the boss gives you the assignment you have to "put your pride in your purse and get to work." Eventually, maybe not directly but rather karmically, it paid off.
Posted by elisabeth at 1:59 PM