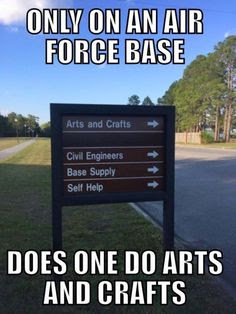 I know there are many, many groups of people in our country and around the world that hate the stereotype they are lumped in to. At best it's a way to get teased (see above), at worst it's a way to discriminate. But the one that gets under my skin lately is one I saw repeated in a Washington Post article:

The military is a hierarchical, disciplined, top-down organization populated by an awful lot of conservatives.

The article is about outgoing Secretary of the Air Force Heather Wilson's announced move to President of University of Texas El Paso.

Yes, the military is hierarchical, disciplined and top-down. It has to be. We deal with dangerous situations and lethal weapons. My issue is the "populated by an awful lot of conservatives." The best case inference is traditional, cautious, reluctant to embrace change or innovation. The usual (negative) inference is homogeneous, unable to understand nuances of issues and situations, accepting the status quo and avoiding outside the box solutions. This is so, so wrong.

First of all, a good leader is a good leader. Teaching and practicing leadership is the focus of all of our professional military education. We are not handed a template to apply to all organizations and all followers. We are trained to be critical thinkers, because external and internal challenges are constantly in flux. It's insulting to say that Secretary Wilson will have difficulty leading a university because it's a very different environment (to quote the article, "a decentralized, chaotic, freewheeling institution populated by an awful lot of liberals.")

Secondly, there are 1,316,090 on active duty in the US Military (as of January 2019). How likely is it that every single member shares the same opinion? Has the same thought process? Was educated and trained in the exact same way? The US Military is made up of Americans of all backgrounds and all ideologies.  In fact, this article by The Council for Foreign Relations on Demographics in the US Military shows that the military is often more diverse than the civilian workforce.