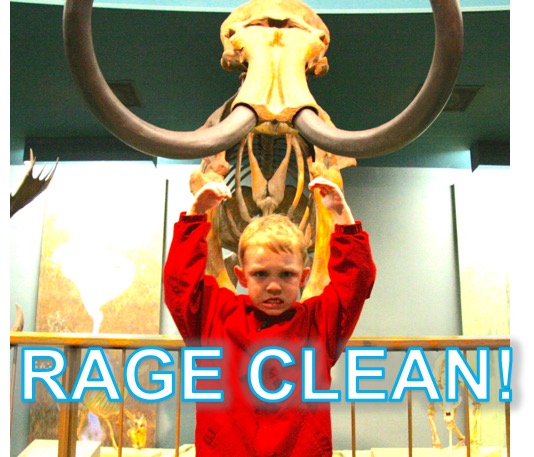 Clean /klēn/ verb: make (something or someone) free of dirt, marks, or mess, especially by washing, wiping, or brushing.

Rage clean /rāj klēn / noun: an instance of aggressive or violent cleaning caused by a stressful or messy situation.

It's a term coined by my son. A few months ago I sent him downstairs to get something from the basement pantry - the place where all the extra Costco purchases go. It was for something quick, like, "Go grab me paper towels." But this 90 second errand began to take much longer than I deemed acceptable. Had the lure of legos or something way more fun than a mom errand distracted him?

"Hey, where'd you go?" "I'm rage cleaning, the closet was crazy and I couldn't take it anymore." Thus a term was born. I was going to show you pictures of me cleaning up my craft/project/room that collects everything, but I was taking too long (talk about distracted).

"That doesn't count as rage cleaning, it has to be right now and done fast."

To prove his point he attacked the vanity in the bathroom he shares with his sister. 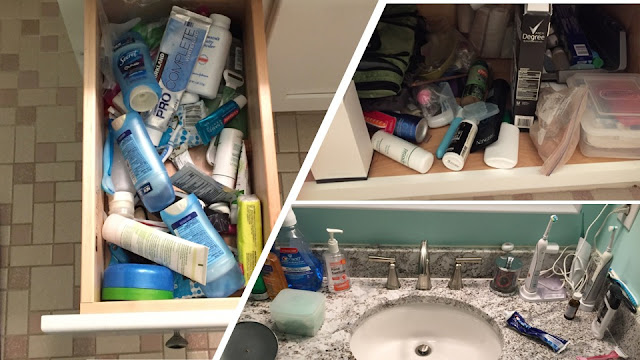 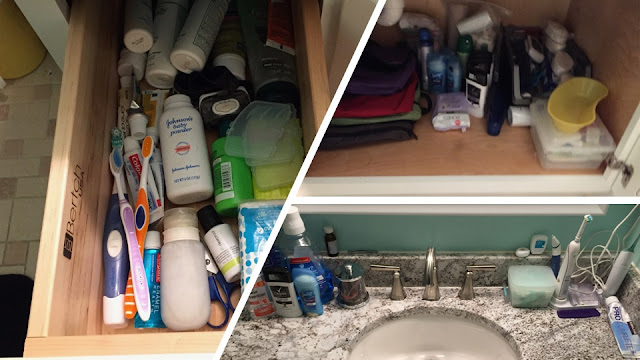 Not shown: The very full trashcan next to the vanity.

The result is not zen, it's not Pinterest worthy, discarded items are not thanked. It's simply returning the space to functionality. I get the allure of Marie Kondo and her methods of decluttering, but I'll take a rage clean any day. Productive and emotionally satisfying.

P.S. - Rage cleaning your desk is a GREAT way to procrastinate
P.P.S. - this picture of my son is about 10 years old. He's still a cutie, just much, much taller :-)
Posted by elisabeth at 7:40 PM