The Down Side of Choosing Early 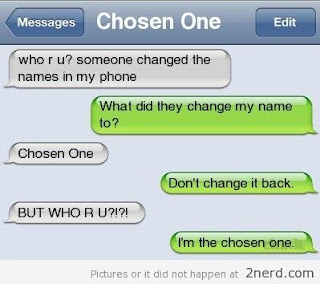 I was reaching out recently to one of my besties, trying to find contact info for someone I'd like to invite to speak at an event. In talking about how to find this super successful leader, we nerded out a bit on leadership, and early identification of individuals for future primo leadership opportunities. It was an Air Force specific discussion, but I have seen similar tendencies in all aspects of life...early identification of student athletes, gifted and talented programs, the huge strata of jobs (both paying and volunteer) and where they rack and stack in an organization.

But what happens when one of those bright and shiny types is identified early, pushed into awesome opportunities, and then messes up? It's often forgiven, right? They are young - often younger than their peers - it's a teachable moment. But where you draw the line between a lesson learned and a legitimate indication of problematic behavior?  As humans I think this is a super tough judgement call to make. I should know, as I am generally regarded as "softie" when it comes to discipline (just ask my kids and any Airman I have ever had to formally discipline).

The problem is that by not making those tough calls, we end up with leaders and super stars that "suddenly" do something so egregious that there is no choice but to punish. Remember the Stanford swimmer? Ever read about a CEO or Wing Commander that is discovered to be willingly and knowingly breaking laws? "They are good people," their supporters shout. "They have never done anything like this before." Really? Is it something that was overlooked all along or did being told that they are so awesome so often lead to "above the law" behavior?

Kind of dark thoughts during a time of thankfulness and forgiveness, I know. But I am thankful and grateful for the 99.9% of bright and shiny humans that are doing the right thing all the time, even when not in the spotlight. And I am thankful for great people around me that have helped me make the right decisions, even when it's hard or impacts someone I care for. So, so, so thankful!

(For those that know me personally, please don't think my kids or anyone I work with are the inspiration for this story - everyone is being their usual awesome selves :-))
Posted by elisabeth at 1:00 PM