Call Out the Real Stuff 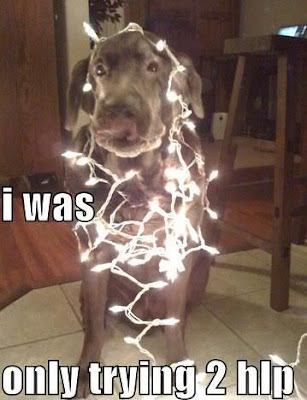 I am privileged to be part of a 8,000-plus group on Facebook for women Air Force officers. As my retirement date gets further behind me, it's nice to keep up on the current issues, plus offer the occasional opinion or bit of my more experienced perspective to those younger in their careers.  And often this gives me ideas for blog posts :-)

What follows is a wise observation I wanted to share. I agree with the writer in that if we label all negative interaction between a female and a male as harassment and discrimination, then it gets harder to ferret out and fix the real deal. Would the older male civilian have treated a male captain differently? Maybe. (He probably would have used more colorful language is my bet.) But does it matter in this case?  Read on...

I made an observation today, and I figured this was the place to share it. Possibly the eponymous “unpopular opinion”, but we’ll see.

I was in a rush to leave this morning and wasn’t paying attention when I put my patches on my OCPs* (I’ve been wearing them for over a year). An older man in civilian clothes tapped me on the shoulder and said, “Captain, your name tapes are on ass-backwards.” I was appropriately contrite, fixed them quickly, and thanked him.

Moments later, the annoyance set in. “Why did he have to say it in such an annoyed tone? Why was he so condescending? Would he have said it like that to a male?”

And then, moments after THAT, I realized I’d gotten defensive. We talk a lot about men speaking to us condescendingly, treating us differently because we’re women, older men (and women) using terms of endearment towards us when they wouldn’t do it to men. I wonder, sometimes, if we’re so ready to hear the condescension, that we prep for it and make a big deal out of something less. The gent who helped me out really WAS helping me out, and I’d honestly say he’d have used the same tone when speaking to a man.

My point is: there’s a lot of sexism out there. We need to make sure we’re calling out the real stuff, or our voices will cease to make an impact. I realized I’d gotten defensive (albeit privately) when the situation absolutely did not call for it. Recognize it when you see it, call it out, but we will never get ahead if we always see ourselves as the victims. Sometimes we are. Many times, we are. But if we want to be taken seriously, we should make sure that we’re not confusing misogyny with the bluntness of the military. I did it for a few minutes this morning, and it made me realize that’s where my mind tends to go. I’ve got to work on that!

NOTE: OCP = operational camouflage pattern, aka, the newest US military camouflage uniform
Posted by elisabeth at 7:00 AM