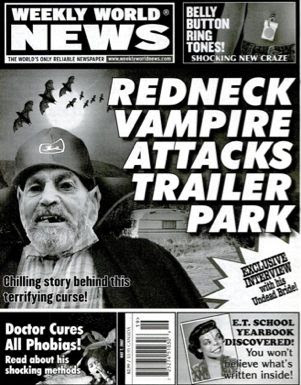 
My husband and I were talking recently about fake news, this seemingly new phenomenon that is being blamed for a lot. Congress recently called on Twitter, Google and Facebook to testify, as they try and figure out what to do about Russia's alleged influence in the election. With something ephemeral as the internet and its influence on people's beliefs, there is little Congress can do other than pin some blame on these companies. But I'm not sure if I want legislative input into my internet consumption...at its worst, wouldn't that limit free speech? Doesn't Caveat emptor apply?

Here is what I think: fake news (and false advertising) has always been out there. It doesn't matter how much you police information, how much you demand transparency and disclosure. There will always be people that believe we keep aliens in Area 51, that we never went to the moon, and that the earth is flat (Seriously, check out the Flat Earth Society).

Am I perfect at this? Absolutely not. But I do see how often real news outlets get details about the military wrong, even with hundreds of Public Affairs professionals working to help news organizations get it right. They are human, just like I am. Surely we can evaluate what is "real" and "fake" and make our own decisions.