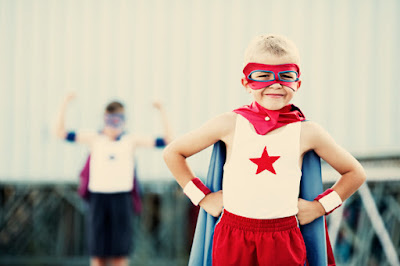 If you are on social media in any way shape or form, I am sure you have seen #MeToo.  If not, read about it here. It's heart breaking how many there are, isn't it? A couple nights ago I was having a conversation with some friends about it, and an old memory surfaced, a good one.

It was 1995 and I was stationed at Osan in South Korea.  It's a "remote" location, so for civilians, that means that most are assigned there for a 1 year tour without their family. It's kind of a weird dynamic, because on the one hand, you are forward deployed, on the other hand, there are 1,000 bars right off base and a lot of folks with time on their hands. I spent my working hours in a windowless, fortified building, wearing my chem gear to walk to work, but also went on skiing and hiking trips on the weekends. Weird.

I was a brand new captain (out of college 4 years) and one of the only women in my work section. But it was never an issue. They were all really great guys and it was a great assignment. So it was kinda weird when at some welcome or farewell at a downtown bar, one of the guys kept playing with my hair. It was about the time when the party was getting really rowdy and I was about to head home, so I happily left.

The next work day, I was talking to someone, I don't know who, and mentioned the weird hair playing.  My boss' boss, a Navy O-5, immediately peaked over the cubicle wall and had me explain everything in detail. He then called in that guy, talked to him, and made him come apologize to me. It was extremely uncomfortable for both of us, and I felt like a tool for blabbing in the office and getting someone in trouble.

To be honest, I haven't thought about that for ages. But as all these heartbreaking stories surface, it makes me appreciate so much, so so so much, that there are good guys out there (guys in the unisex sense). Keep in mind this was probably a DECADE before the Air Force started required annual Sexual Assault Response and Prevention Training.

This is what comforts me as I think about my daughter graduating from high school and heading off to college next year. She wants to study engineering, she wants to be a pilot, she wants to join the Air Force. Despite tremendous work by so many female trailblazers, my daughter will still enter a profession that is largely male. There will be situations that won't be great, where she might be a target for being female. But I hope and I pray that the more we talk about it, the more people will be aware of the bad guys out there, and the more likely there will be good guys there when she needs one.
Posted by elisabeth at 7:39 PM