Pushing Against the Ebb and Flow 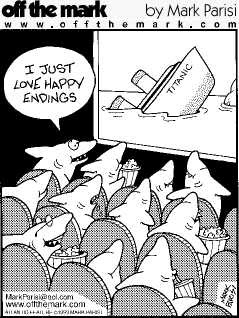 I am a 1000% recreational SCUBA diver.  It was something adventurous when I was in my 20s and then it went by the wayside as our family grew and our jobs got busy.  In no time at all the kids grew big enough to try SCUBA and they loved it.  My son was one month short of 12 years old when he and his sister took the course, which required my husband and I to dive with them.  It was the best review ever, and reignited our love of swimming with fishes.

A couple weeks ago we went away for our anniversary, and were attracted to a particular resort because all the diving was included.  It was WONDERFUL.  The ever flowing food and drinks sure helped with our mood too :-)

On our last dive day, we were told to expect a strong current, and that we should descend quickly because the current wasn't as strong closer to the bottom.  In we jumped, but it took Greg and I a little longer than the others to descend (I have to worst ears ever - they don't like pressure changes).  Quickly we got behind the group, so kicked and kicked to get caught up.  They were right - the current was STRONG.  As a result, I was quickly out of breath.  When you run and that happens, you can stop what you're doing, but in 70 feet of water? Not so much! I could feel myself panicking. That has NEVER happened to me before.  I got Greg and the dive master's attention, and signaled to surface, but the dive master was trying to "talk" me in staying where we were.  But by then surfacing was ALL I could think about.  So up we went (finally!). The boat captain asked why we surfaced so early and the dive master said "we had a problem." Great.  So now I am panicking and embarrassed in front of the rest of the group that had to surface early too.  To the credit of my fellow divers, they were nothing but concerned.

We were on a "two tank" dive - two dives on one boat trip - so I told Greg that I would stay on the boat for the next dive and he could go.  Luckily there was a relaxing break at a beach before the second dive and he talked me in to trying the next dive.  It would be a shallower dive - 40 feet - and he didn't want my last dive of the vacation to be a bummer.

I am so glad I listened to him.  It was spectacular - millions of fish, beautiful corals, just stunning!   And the current was just as strong, but this time I didn't feel like I had to fight it so much.  Partly because I was concentrating on keeping my breathing steady and calm.  And partly because as much as the current pushed us back, it also pushed us forward.  Sometimes I am too much like the first dive - fighting against the current.  But sometimes I should be like the second dive - going with it - the results can be awesome :-)

Coincidentally, there is a great podcast on The Moth called Panic on the Road to Jericho that is amazing and speaks to a similar situation.  It's only a few minutes long and with the listen!

EDITORS NOTE: I have recently transitioned from full time to part time, and I really want to write a lot more.  With 3 posts this week the editor is assured that you have figured this out already :-)
Posted by elisabeth at 11:46 AM