Heros are Awesome, But Are They the Most Qualified? 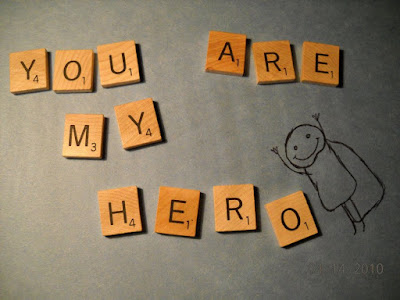 I have been rolling some thoughts around in my head for a couple days, so my challenge today is to see if I can organize them in a thoughtful and coherent way.  A second caveat:  this is in no way a post to support a particular political party or politician, but rather a look at a bigger issue brought to light recently.  So here goes...

Donald Trump recently called out Senator John McCain for not being a hero.  I quickly tuned this out, and might have had the briefest of thoughts that someone who hasn't spent a day in uniform is perhaps not qualified to determine hero status.

Then I came across this column by Roger Simon in Politico, "John McCain deserves fame? Donald Trump a chump?" It pointed out that even McCain jokes about being shot down, "'I'm not a hero,' he said on July 29, 2000. 'I intercepted a surface-to-air missile with my own airplane.'" The column goes on the explain that it was actually McCain's conduct after he was shot down, as a POW, that made him a hero, and I agree.

Here is my larger point.  Only 0.4 percent of Americans are currently on active duty and and only 7.4 percent have served ever in their lifetime (source).  All of the conflicts we have supported have been so far away. With something so rare and exotic, it's easiest for those at home to call all of us heroes with an expectation that we are the most qualified for anything.

But we all have different backgrounds, abilities, and experiences while we served.  It's what we have done with those abilities and experiences, or how we've recovered from them, that determines if we are qualified for what's next. Am I saying vets and those on active duty should not be called heroes for their dedicated service? Absolutely not.  I am saying that "hero" shouldn't be the end of the interview or your only qualification.