How to Do All the Things 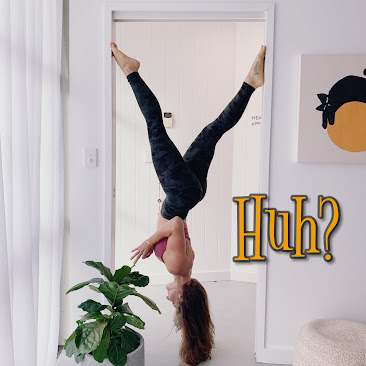 I was searching through the stock photos on this app using the term "balance" - and this is one of the images that came up.
WTF.

Obviously some kind of photoshop trickery, yet I can't stop looking at it trying to figure it out. I bet if you look closely at the cat print hanging on the wall, it's rolling its eyes - ha!

After finding this picture, I wrote a sigh-filled post about the ephemeral attainment of balance. But I didn't hit publish. What gave me pause?

Partly it was not wanting to post something whiney.  Because "in the world we live in" (not a phrase I like to use to be honest), whining about how to get all the things done is a problem of someone privileged to not have to fight daily for basic survival.

But also because, the more I thought about it, f*#k balance. Really. There is always more work, more tasks, more needs, more wants and more desires than a human can accomplish at any one time. Trying to strike a balance means you are doing a couple things ok-ish when maybe something truly deserves 100% of your attention. Like maybe following up on a gift card for your mom's birthday on or near her birthday, so you don't forget, and then she doesn't end up paying for a meal months later that she thought had already been gifted. For example (whoops).

So here is my challenge: push stuff off of your mental kitchen counter like a cat left alone for the day, leaving only what needs your attention most, or what you need most. You can pick up the other pieces later. Maybe some of them will even go away. This is your official permission slip.

Posted by elisabeth at 8:06 PM