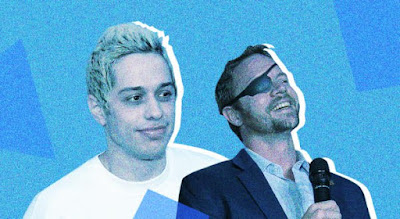 I never saw anything about the dust up caused by comments by SNL comedian Pete Davidson about veteran and congressional candidate Dan Crenshaw. But I did see a lot of comments on my feeds about Crenshaw's invitation to SNL to receive an apology the following week and his response. Wow! It's worth watching the entire thing:

Crenshaw wrote a great op-ed in the Washington Post about it, and I am now a huge fan:

How, then, do we live together in this world of differing ideas? For starters, let’s agree that the ideas are fair game. If you think my idea is awful, you should say as much. But there is a difference between attacking an idea and attacking the person behind that idea. Labeling someone as an “-ist” who believes in an “-ism” because of the person’s policy preference is just a shortcut to playground-style name-calling, cloaked in political terminology. It’s also generally a good indication that the attacker doesn’t have a solid argument and needs a way to end debate before it has even begun.

Amen brother! Here are a couple more vet-related things you should check out: 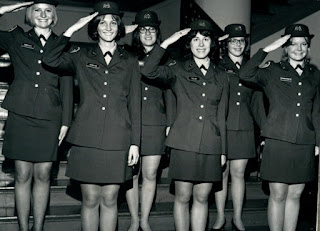 The Moth Radio Hour podcast this week entitled, Hope and Glory. There are four stories, including Jill Morgenthaler (pictured here), who was in the first class of Army ROTC cadets to train at Fort Bragg. There is also a story from Dylan Park, a soldier stationed at Kirkuk, where I deployed to also. 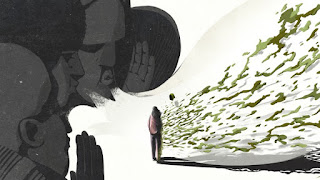 Please read this tremendous article from the Atlantic, The Inconvenience of Being a Woman Veteran. I have always felt "not serious enough" while I was in the military and "too serious" among my civilian friends. This article hits it right on the head why that is (yay! it's not just me :-))

Lastly, and speaking of Kirkuk, one of my Group Commanders there is now Chief of the Air Force Reserve. This article outlines his Three Effective Ways to Lead. I cannot say enough great things about Lt Gen Scobee - he was the best boss, period.
Posted by elisabeth at 1:45 PM