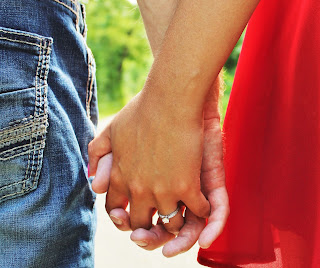 Change is hard and slow, particularly in institutions with so many written and unwritten rules like the military. One is that the success of hard working active duty service members is often attributed to the spouse at home, sacrificing and picking up the slack for the sometimes absent service member. THIS IS SO TRUE. What isn't true is that the spouse at home is less and less likely to be a stay-at-home wife. Below is an awesome op-ed on Military Spouse Appreciation Day when your spouse doesn't fit the stereotype.  For the record, one of the best spouses groups I was part of was run by my husband's commander's husband :-)

Once again it is Military Spouse Appreciation Day and once again military husbands are overlooked, marginalized, and ostracized. Social media is swamped with poems such as The Military Wife or The Silent Ranks that laude the women who stand by their man, care for their kids, and figure out how to file taxes or read military time. The lyrics lament being left behind, being uprooted from their families, and having to move and wait for new curtains to arrive...but through it they come together as a sisterhood of solidarity and support. Which is great -- if not for the male spouses who aren't included, or verily, blatantly excluded, from such "sisterhoods." The men who either work full-time jobs in careers stunted by constant cross-country moves or Mr. Mom's judged by family and friends for choosing to take care of their kids. The men who support their wives as they deploy, go TDY, and relocate every 2-3 years. The ultimate feminists who put their wives' dreams and ambitions before their own and watch as the military and civilian support organizations ignore their sacrifices. The men who don't have a group for solidarity. It is time the military husband gets recognized for their part in propping up their women warriors, another important cog in the wheel of military might.

Spouse support groups are tailored for women, by women, and spattered with "oh, but he is welcome to join our wine and paint night!" -- an event he never received an invite to in the first place. There are rarely calls when his wife deploys asking how he is doing or volunteers dropping by to cut his grass, bring him dinner, ensure his car's oil gets changed, or watch his kids so he can have one night out with the guys. Perhaps this is because "he is a man" that can take care of himself...only what does that say about women? When groups only meet during the work day and any evening events are female-tailored activities, any men who could otherwise be involved become instant outcasts, judged for not putting forth an effort to integrate where they intrude. The need for support, human interaction, and social outlets is not unique to having two X chromosomes.  It is time spouse groups start realizing the military husband not only needs inclusion from the get-go, but also assistance and encouragement when his wife is downrange.

Socially, society has been slow to embrace or consider female warriors, so it comes as no surprise that recognizing and accepting the military husband is even further behind. As  often as female soldiers are (amusingly) snubbed when their waitress mistakenly directs a "Thank you for your service" to their bearded, scruffy husband after a Veteran's Day meal, such military appreciation days have become more inclusive of women servicemembers with advertisements featuring ladies in uniform and stereotypically-female services, such as spas, offering military benefits or discounts. But when was the last time spouse appreciation day featured a man holding a sign reading "I've waited 186 days to kiss my wife" as he holds her in his arms at the airport? Or an advertisement centered around a stereotypically-male product for spouse appreciation? Much of this revolves around the civilian sector remaining widely uninformed regarding the military and rigors of military service, but such promotions are coordinated in large part by organizations, such as the USO, that ought to know better. It is time society acknowledges the sacrifices and celebrates the commitment of male spouses.

Now, one can understand that spouse groups and communities cater to the masses, and historically the masses have been stay-at-home wives. But there is a growing contingent of spouses who are men, working women, LGBTQ, and dual-military couples; each of these groups deserves to be duly recognized and supported. Over 210,000 women and an estimated 70,000 LGBT persons are in the military service, and over 90,000 members have mil-to-mil marriages, meaning roughly 20% of military members likely don't have spouses or significant others that fit the mold of the traditional military wife. In order to eschew archaic stereotypes, perceptions, and biases of the communities we live in, we need to have dialogue discussing such topics as the lack of support for military husbands. There are still problems that affect military wives, and there are many individuals who do their best to include the male spouses in their unit, but acknowledging military husbands have less support, less recognition, and less celebration does not diminish these other considerations. Therefore, on a day for spouses where wives are applauded for their sacrifices on the home front and husbands are largely overlooked, we can spare to discuss the difficulties unique to male spouses.

It is time we have this conversation.