We Are the Protectors 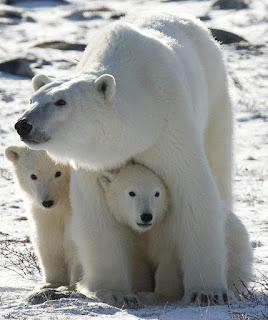 Air Force Secretary Heather Wilson Tuesday pointed to the prominence of women in the Air Force and to what she said was women’s natural role as protectors, which she noted also is the role of the military. Appearing along with other service Secretaries before a House Armed Services Committee hearing on the Trump administration’s Fiscal 2019 budget request and acquisition reform, she said the Air Force has a higher percentage of women than any of the other services and that every Air Force position is open to women. In addition, she said, “We’re, I think, trying to change a little bit the way we talk and think about who the protectors are in this country,” she said, adding that she thinks sometimes “the way in which we talk about the services may appeal more to boys than to girls.”  She suggested that were she to ask everyone in the hearing room to think about the most protective person in their lives, half would be thinking about their mothers. “We are the protectors, that’s what the military does, we serve to protect the rest of you, and that’s a very natural place for a woman to be,” she told the panel.

I've always said that I learned far more about being a good Air Force officer and leader from being a mother than I did in any leadership training class. Do you have to be a mother to be a good leader? Absolutely not. But it sure does teach you a lot. For all those out there trying to balance a military career with motherhood, keep the faith my sisters! You are the protectors!