Full of Drama (But I Kinda Dig It) 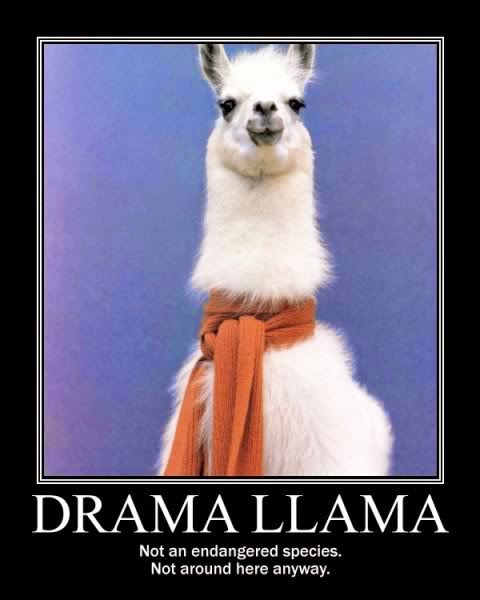 You know how you said, "Sure, I could help out," and you ended up running the base air show or being Madam Vice at the combat dining out?  Well, that happens in civilian life too.  My son is the kind of guy who is completely comfortable being who he is whether he's alone or in front of 100s of people.  A couple years ago he asked to try out for a kids production - he was maybe 8?  He didn't get a part but kept trying, which really impressed his non-dramtically inclined parents.  Fast forward to this winter and he'll be in his fourth production with the Aldersgate Church Community Theater.

Why am I telling you this?  Because if you have kids you know that organizations like kids theater groups, soccer teams and Scout troops all count on tons of parent volunteers to make them work.  These groups pay attention when you quietly say, "I could probably help out," just like commanders and First Sergeants.  That is why I went from reluctant stage Mom to this:

What the heck do I know about producing a kids musical?
Could this be any more opposite than being in the Air Force?

Surprisingly, being a producer is exactly like being a commander.  I have a budget, I have to find people to take on additional duties, we have to manage schedules and facility spaces, all towards getting the mission done.  Running the initial parent meeting was almost exactly like running a commanders call - briefing policies and passing on info.

When you go to TAP as you prepare to separate or retire, they spend a lot of time training you on how to civilian-ize your resume and translate your skills.  But you really don't need to translate that much - managing people and resources are skills needed everywhere - and you never know where it will lead to.  Mission Shrek I know will be way more fun than any old ORI.

Posted by elisabeth at 3:42 PM